What is the Retina?

The inside of a human eye is lined by a membrane called the retina. The retina can be thought of as a type of “film” that captures images before encoding them and sending them along the optic nerve to the brain. Certain areas of the retina attach to the vitreous. The vitreous is a gel-like substance that gives the eye its shape and volume. 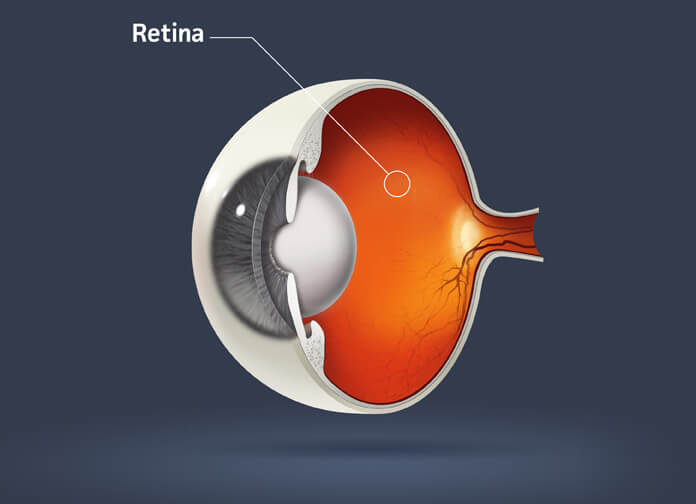 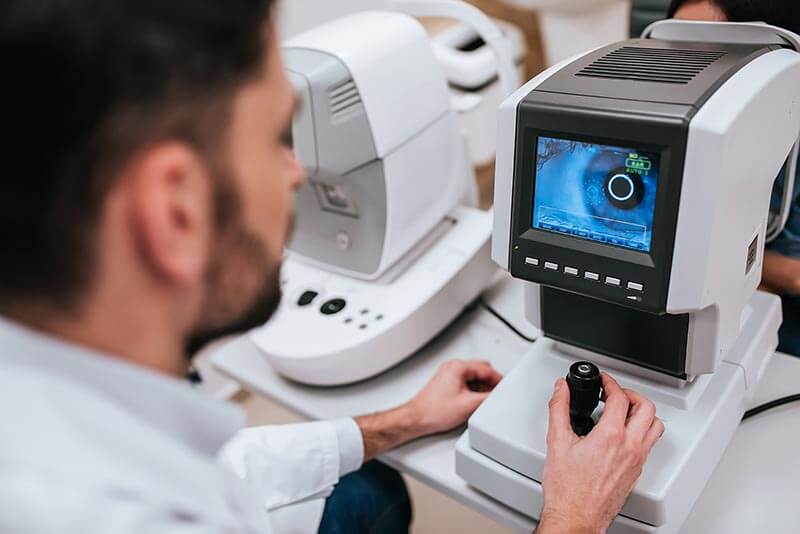 Why is Retinal Treatment Important?

Because the retina is a small part of the eye, many retinal diseases share common symptoms and treatments. However, those diseases have unique characteristics that must be treated in order to stop or slow their progression. At the end of the day, the goal of retinal treatment is to preserve, improve, or restore vision.

To properly diagnose and treat retinal diseases, we perform the following tests:

A fluorescein angiogram begins by injecting dye into a vein. It is a sophisticated test used to examine the retina.

Similar to a fluorescein angiogram, indocyanine green angiography (ICG) is a test that involves dye injection. The dye circulates in the blood stream and makes its way to the blood vessels underneath the retina making them more visible for doctors.

To see into the back of the eye, we use a non-invasive diagnostic test known as B-scan ultrasonography.

We Treat the Following Retinal Conditions:

There is a tissue layer with blood vessels under the retina called the choroid. When fluid leakage occurs in that area, it builds up beneath the retina and distorts vision. The condition is called central serous retinopathy (CSR) or central serous choroidopathy. To make this diagnosis we often perform a fluorescein angiogram. CSR commonly occurs in healthy young males between the ages of 30 and 50. Even though recovery may take six months or more, patients diagnosed with CSR usually have a good prognosis. Recurrence is quite common. Steroid use and stress have been known to contribute to CSR.

Although a large percentage of the population is infected with cytomegalovirus (CMV), only those whose immune systems are significantly compromised develop retinitis. The virus may infect the retina and can potentially cause irreversible vision loss due to the retina detaching or being destroyed as CMV quickly eats away at it. Symptoms include flashes of light, blurred vision, and floaters.

Floaters may be caused by something as benign as foreign matter in the eye or something as serious as an undetected eye disease. Floaters do not adversely affect overall vision, but they should be monitored closely since they could be a symptom of something more serious, like a posterior vitreous detachment.

To work properly, the macula must lie flat against the back of the eye. When scar tissue forms over the macula, it causes wrinkles that adversely affect central vision. Individuals with a macular pucker may notice things looking wavy, have difficulty seeing details, or have a gray or cloudy area in their central vision. Macular pucker does not affect peripheral vision.

A retinal detachment is painless, but it is an emergency situation. Retinal detachment occurs when the thin layer of tissue at the back of the eye known as the retina pulls away from its normal position. Warning signs include:

STROKES OF THE RETINA

Strokes occur when blood flow is blocked. When those blockages, called occlusions, occur in arteries or veins in the retina and cause vision loss, it is called a retinal artery occlusion or a “stroke” of the retina. The blockage of blood flow to the retina and optic nerve causes damage that could lead to vision loss. The severity of the vision loss depends on the extent and location of the occlusions. Your doctor may recommend a fluorescein angiogram to confirm a diagnosis in these cases.

Uveitis is a broad term used to describe many problems with your eyes. What they all have in common is inflammation and swelling that can destroy eye tissues. That destruction can lead to poor vision or blindness. There are three important structures to the uvea, the iris, the ciliary body, and the choroid. Symptoms include eye redness, pain, decreased vision, and floaters.

The word uveitis is used because the swelling or inflammation affects the part of the eye called the uvea. This inflammation can be caused by systemic disease (such as sarcoidosis), infectious disease (such as tuberculosis), or autoimmune diseases (such as rheumatoid arthritis and multiple sclerosis).